Commuters across the capital received a shock this morning – when Sky Atlantic set loose a life sized polar bear on the streets of London to promote its new Arctic crime drama ‘Fortitude’. 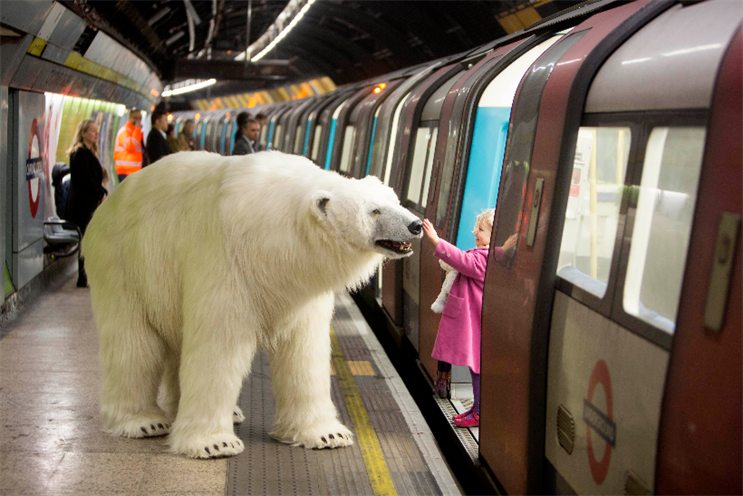 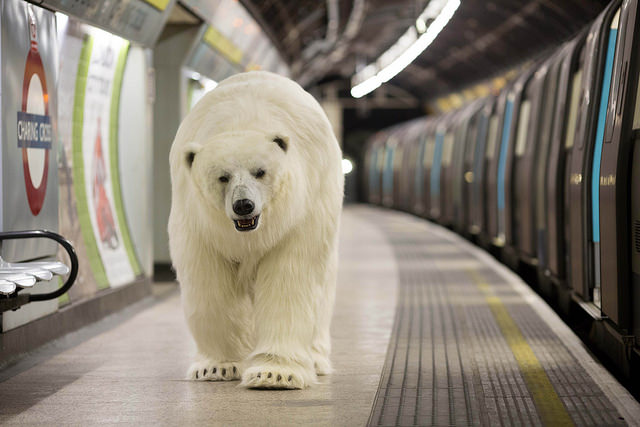 It is built with two hidden cameras, allowing the performers to see.

Zai Bennett, director of Sky Atlantic, said: “In Fortitude, there are 3000 polar bears to 713 residents. Polar bears are the most dangerous animal on land and present an ever present threat to Fortitude’s inhabitants. 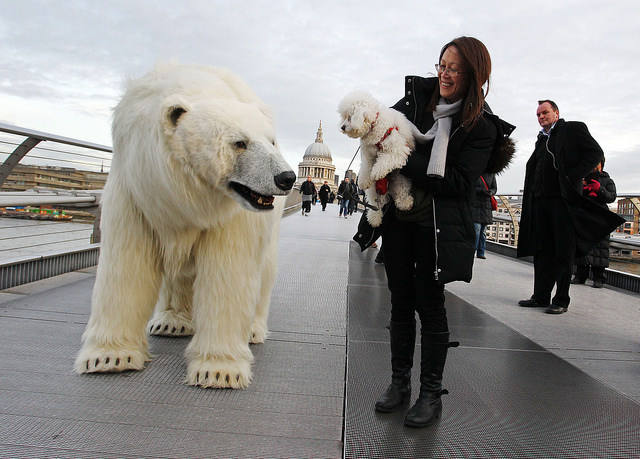 “To launch our new Arctic-noir thriller we wanted to bring a realistic polar bear to the streets of London to give people an up close experience of what it must be like to come face to face with one.”