Sylvester the tuxedo kitten was rescued along with his feline family by Little Wanderers NYC. Volunteers saw his tender caring heart for other animals from the moment he arrived. 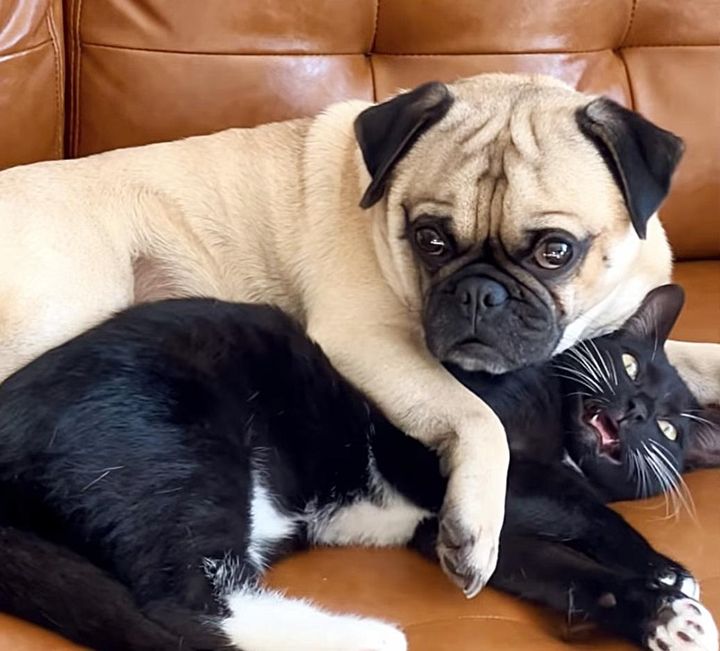 Out of all the kittens from his litter, Sylvester was the only one attuned to his cat mother’s feelings. “When she would cry, he would stop playing with his siblings and go over to her to groom her and cuddle her,” Little Wanderers NYC shared.

“He has been an emotionally intelligent, sensitive, and offbeat kitten from birth.” 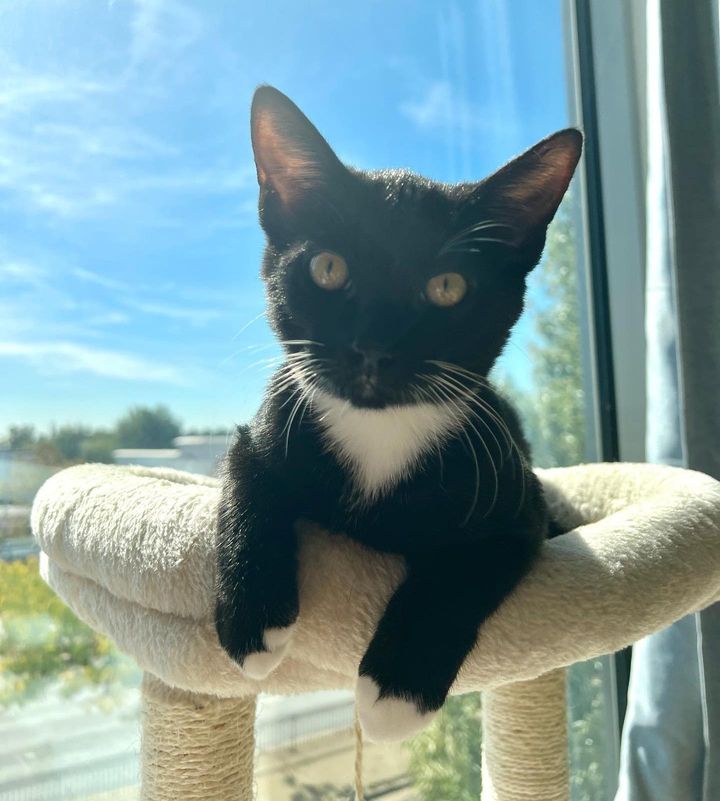 The tuxedo boy was shy around people but found comfort in his fur friends. As time went by, he watched other kitties go off to their forever homes, one by one, but found himself still in foster care with his sister Daffy.

“He had a tough time transitioning in his foster home because of his shy nature.” But things began to change when he met a dog named Cooper.

Cooper is the canine resident of Sylvester’s foster home. When he had a meet-and-greet with the kittens, the tuxedo ran up to him and eagerly wanted to be his friend.

The smitten kitten gave Cooper head bumps and tail hugs while Cooper sniffed all over him. The two immediately hit it off and started following each other around. “Sylvester quickly latched onto Cooper for comfort.” 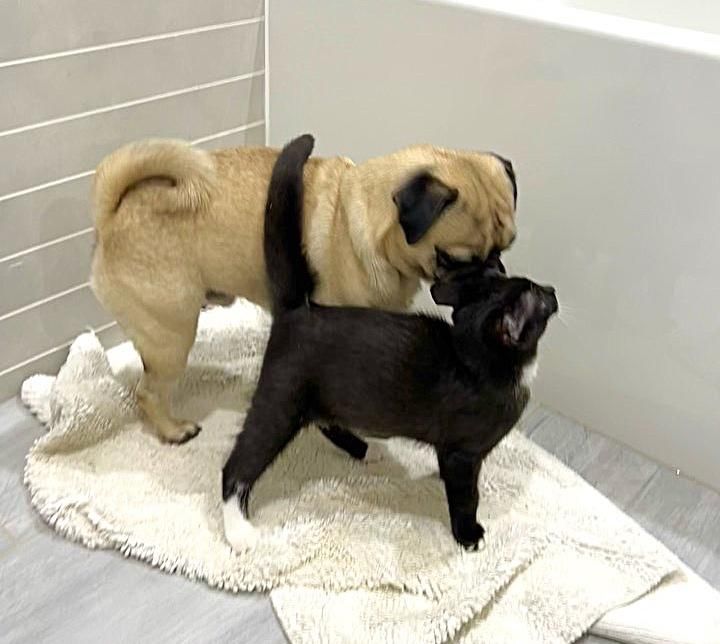 “Cooper has anxiety issues. We think Sylvester found a kindred spirit in him. Sylvester even tried to nurse on him at one point. Cooper was understandably very confused.”

Being around Cooper has taught Sylvester to be brave and reassured him that people aren’t so scary. 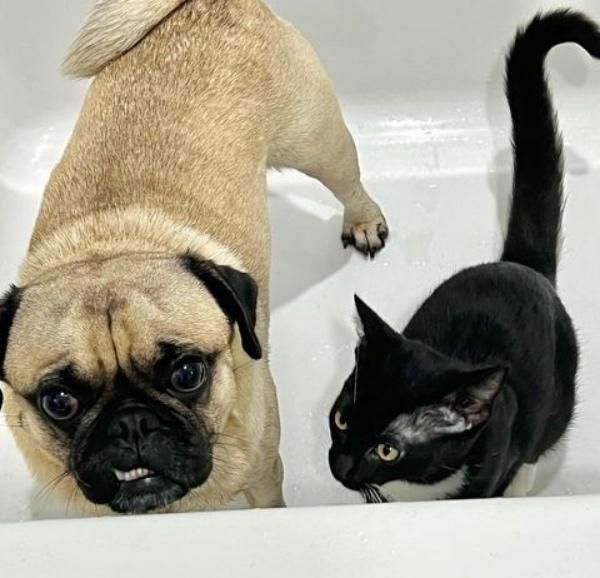 With Cooper’s calming presence, Sylvester has warmed up to his foster family and feels encouraged to cuddle with them.

He has grown to enjoy the company of his people and being snuggled and doted on by them. He will even climb onto their lap with Cooper and Daffy for a proper cuddle-fest. 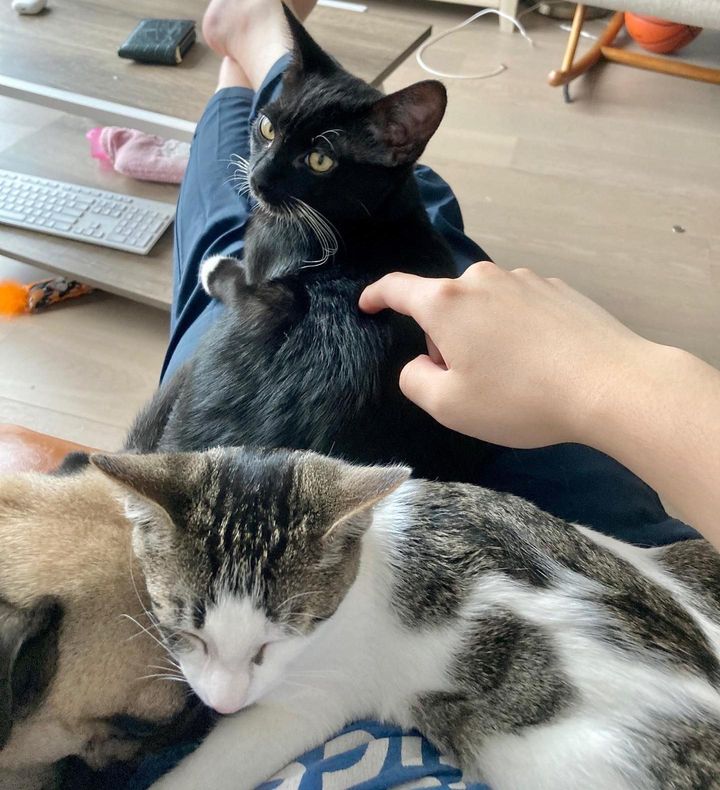 “With people, Sylvester is a bit shy but if you have a gentle and patient energy, he will appreciate you. He is timid, submissive, and doesn’t have an aggressive bone in his body,” Little Wanderers NYC added.

“He likes slow approaches, and he may hide in the beginning and you will have to coax him out. Once you earn his trust, he likes to be picked up, cuddled, and he enjoys head and chin scratches.” 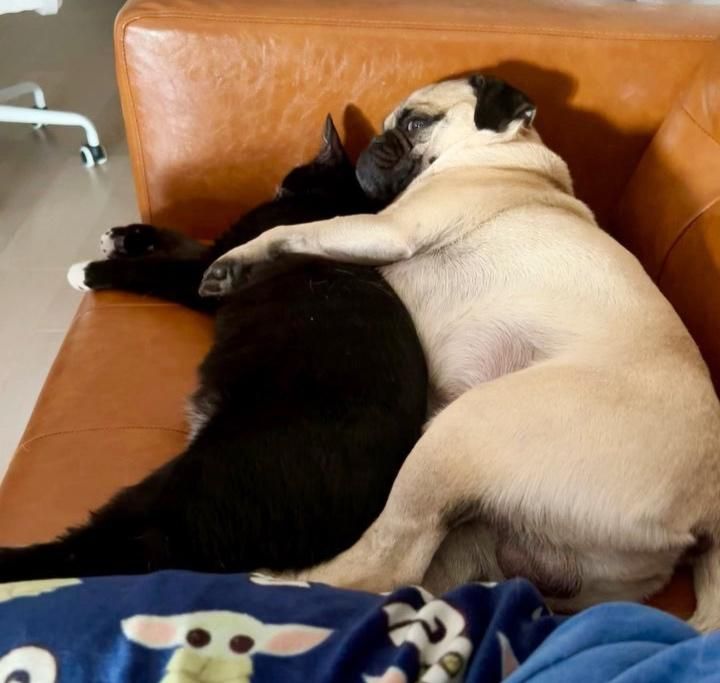 Cooper has been a wonderful foster brother to Sylvester, and showers him with all the hugs he can supply. Sylvester shares everything with Cooper including his fluffy cat bed.

“He is five months old now and most definitely a big boy in the making.” 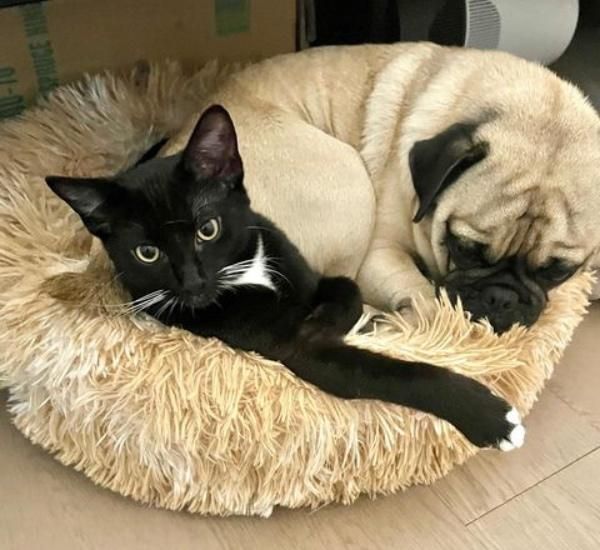 Wherever Cooper goes, Sylvester follows. The tuxedo kitty is gaining more confidence by watching his canine buddy and following his lead.

The trio often lounge about on the couch together and watch the day go by. 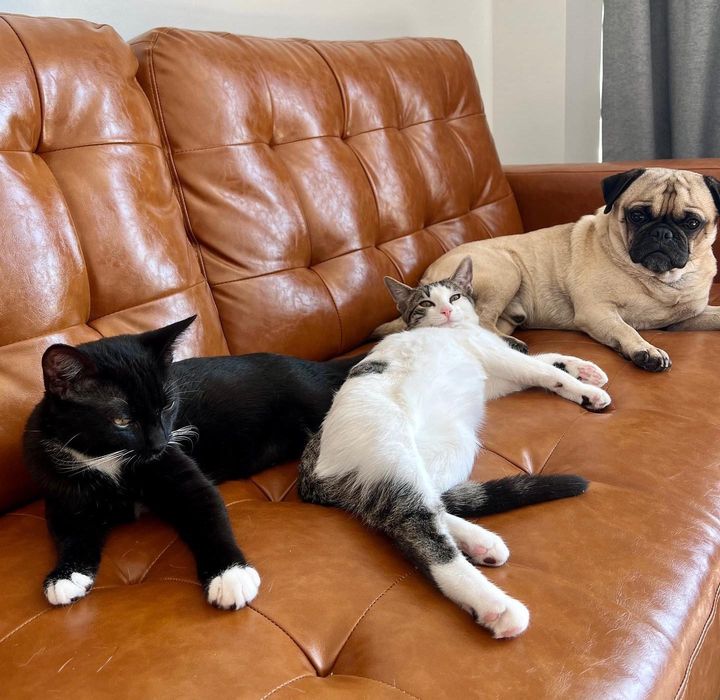 Sylvester is obsessed with his canine friend, but Cooper doesn’t mind it at all. They cling to each other as if they had always been brothers.