This giant polar bear cub mimicked her seagull pals by appearing to float through the air – as she performed a series of ‘paw-fect’ Superman dives in line with the birds.

Dave Goodhand was visiting Yorkshire Wildlife Park in Doncaster, South Yorkshire, when he came across a family of playful polar bears throwing around their ball.

The 40-year-old quickly grabbed his camera as a female named Tala – unbelievably only 22 months old – tossed the toy towards some seagulls in the nearby lake, so he managed to snap her springing from the bank, body outstretched, to begin her ‘flight’.

Other gravity-defying snaps show the ‘magical’ bear hunched horizontally in mid-air, with its paws tucked towards its chest in a bumble bee-like pose – leaving Dave to believe it looked as if she was flying with the seagulls.

However, the hobbyist photographer has since revealed the playful polar bear’s antics didn’t end quite as gracefully as they began, with her quickly dropping into the lake to end the ‘flight’ with a ‘face-plant’ into water.

Proud Dave hails the images as ‘perfect sнoтs’ and since posting them to Facebook they’ve been liked more than 400 times, garnering praise from wildlife lovers for capturing such a ‘magical’ moment.

Dave, from Scunthorpe, Lincolnshire, said: “She threw the ball in then went to dive in for it, but it looks like she’s flying with the birds.

“It made me laugh when I saw it back. It brings a smile to your face to see her floating in mid-air when you look at the size of her. 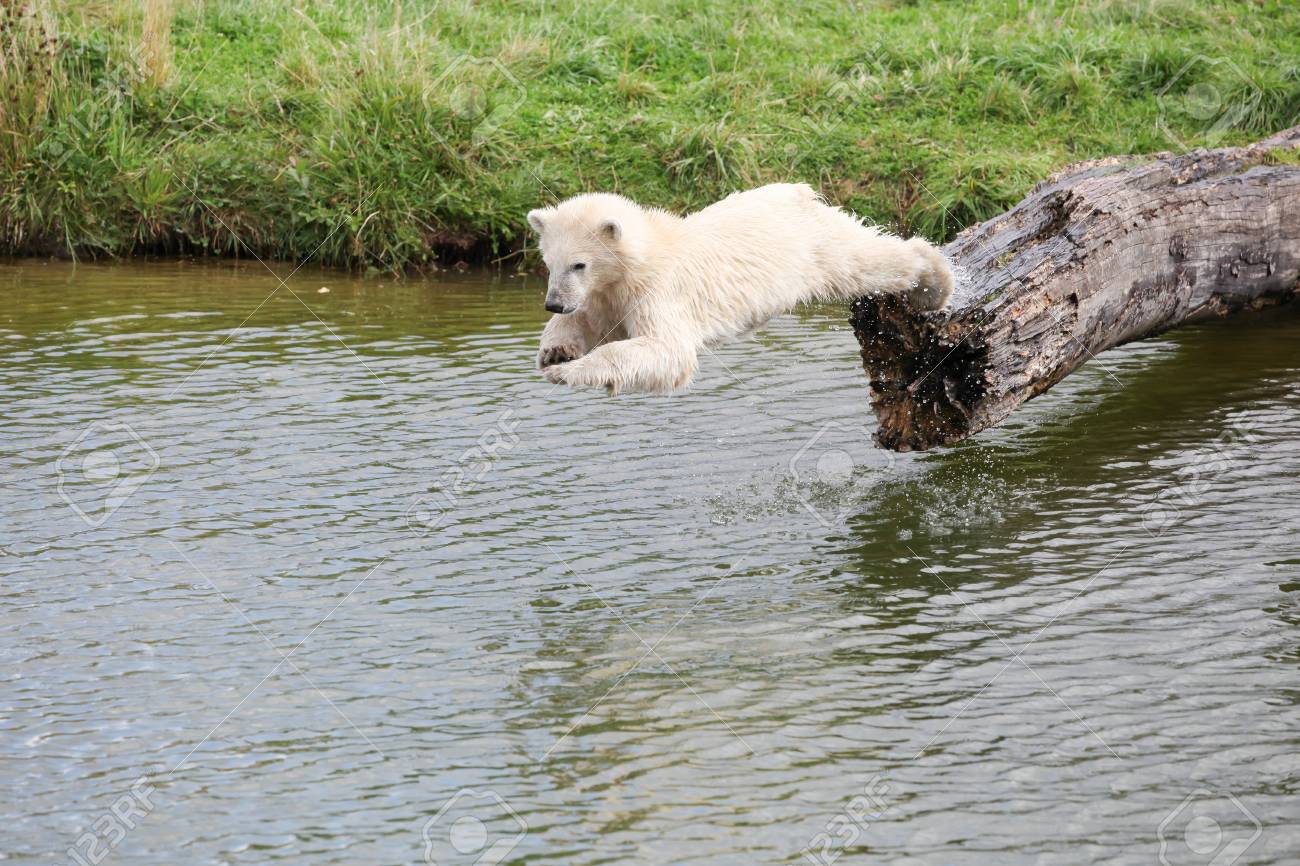 “She looks really graceful in the photos but I don’t think she got the landing right. It looked like a bit of a face-plant. She needs to work on that.

“When you’re that big, you’re probably piling under water with some weight there, but it doesn’t look like that in the photos.

“I’m proud of them, but I’ve had plenty of attempts to get them. It was a perfect sнoт really. It’s got a great reaction and lots of people have enjoyed it.”

Civil servant Dave, who has an entry pass for Yorkshire Wildlife Park, was visiting the Project Polar enclosures which are currently home to eight polar bears – making it the largest polar bear centre outside Canada.

Posting his stunning sequence on Facebook a few hours after his 1pm visit, the snapper wrote the caption from the cub’s perspective, saying, ‘hey Mr Seagull! I can fly too. I’ve not quite sorted the landing yet though’.

One user commented: “Wow these are absolutely amazing photos. thank you so very much for sharing this magic moment on here.”

Another added: “Fabulous sequence of photos!”